As  you can see from the schedule, there are Olympic medals to be awarded for teams  as well as for individuals in each discipline.  And if it appears that some of them are judged at the same time, they are.  It can be a bit complicated, so here are the official FEI rules as well as an explanation. 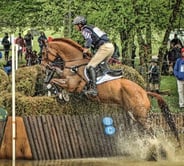 The FEI rules say, "The Team and Individual Competition will be run concurrently on separate consecutive days in the following order: the Dressage test, the Cross Country test and the Team Jumping Competition to determine the Team winner."

"The Individual final Jumping test will take place after the Team Jumping Competition on the same day. The twenty five (25) best Athletes, including those who tie for twenty fifth (25th) place on the conclusion of the Team Competition (maximum three (3) best scoring Athletes per team classification per nation) will qualify to participate."

What it means:  Everyone does the 2008 Olympic Games 4* B  (short)  dressage test, the cross-country course and the jump course.  Upon conclusion of these three, the team medals are announced.  Then they take the top 25 scores (made up of all three components) and these horse/riders come back for another run at the jump course.  Best score made up of dressage, cross-country and this 2nd jump course indicates the individual winners.

Team Final and Second Individual Qualifier, the FEI Grand Prix Special, is the final Team Competition and the Second Individual Qualifying Competition. The FEI Grand Prix Special is limited to and compulsory for the best six (6) placed teams of the Grand Prix, including those tied for sixth (6th) place, as well as the eight (8) highest placed Athletes of the Grand Prix not otherwise participating as qualified team members, including those tied for eighth (8th) place. 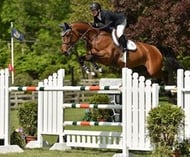 So enjoy the Olympics and cheer on our USA Equestrian Team! For those of you who like to "judge with the judges," I've linked the various dressage tests each discipline will be using for the 2016 Olympics.